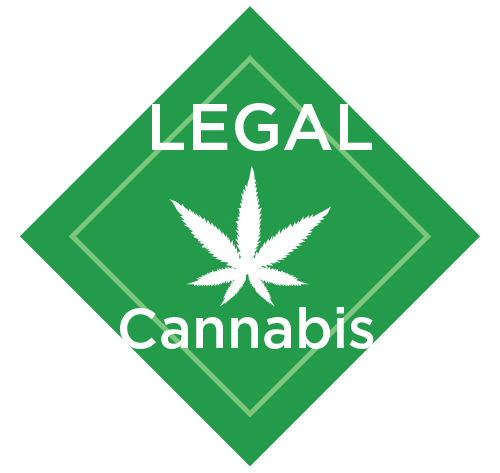 When something moves from the minority to the mainstream, it’s worth paying attention

Unsurprisingly, then, dedicated legal marijuana investment funds have appeared—for example, the Horizons Life Sciences Index and the Alternative Harvest ETF. Our Polaris platform enables you to invest in this growing sector.

The benefits of investing in this opportunity

Marijuana has been legalised for medical use in 29 US states and recreational use in eight and Washington DC. Canada has legalised recreational use of marijuana nationwide. Analysts predict that other advanced economies will be watching with interest to see what happens in Canada, with an eye to following suit. Why? Bottom line: tax revenue. When a product is sold, it generates tax income for the state.

Legal cannabis sales are set to quadruple from around US $6.5billion in 2016 to US $24.5billion by 2021 in North America alone, according to a study by investment data house Arcview Market Research. Whether other countries follow the US and Canada remains to be seen, but were they to do so, then the global market could increase significantly over the next decade. Bear in mind: changes to legislation don’t happen overnight. We believe legalisation of cannabis use is a long-term investment play, not a quick short-term profit.

We believe that a fund-based approach to these type of risk- based investments in the only way to manage risk, so your money will be put into three funds.

At the time of writing, just under US$ 1.25 billion was already invested in the 100+ holdings in these three funds combined.

Not only does this investment opportunity give you a stake in Hipgnosis, you also receive a share of the music royalty payments generated by the Hipgnosis catalogue on a quarterly basis.

While the signs are promising, the future of legal marijuana is hard to predict. While the decriminalisation of cannabis use is gaining momentum, that doesn’t mean it won’t stop or even be reversed at some point in the future.

Also, marijuana is a commodity. That means as demand grows, more people may farm it. Supply growth may outstrip growth in demand.

And super important: while marijuana funds have shown good returns in the past, there is no guarantee they will do so in the future. As with all types of investment, the value of your investment can go down as well as up.

Summary: We think that for the right type of investor, legal cannabis offers the potential of some excellent returns. But the risks are commensurate with that, so this investment opportunity isn’t suitable for everyone.

We’ve identified three marijuana funds for this YFSOL Special Opportunity: two with a solid track record and a relative newcomer with exciting potential.

To participate, you will need to set up a YFSOL Polaris account if you don’t already have one. Don’t worry. It’s simple and you only need to do it once. We’ll help you.

Legal Marijuana in a nutshell

Structure:
You will be investing equally in three funds through YFSOL’s Polaris platform:

Valuations:
Valuations are completely transparent and are done daily by the exchanges where the funds are traded. You can check prices at any time.

Redemptions:
At will. You hold the investment directly through our Polaris platform.

Base Currency:
US Dollars

We use cookies on our website to give you the most relevant experience by remembering your preferences and repeat visits. By clicking “ACCEPT ALL”, you consent to the use of ALL the cookies. You can click on "Cookie Settings" at anytime to change your consent.
Cookie SettingsREJECT ALLACCEPT ALL
Manage consent

This website uses cookies to improve your experience while you navigate through the website. Out of these, the cookies that are categorized as necessary are stored on your browser as they are essential for the working of basic functionalities of the website. We also use third-party cookies that help us analyze and understand how you use this website. These cookies will be stored in your browser only with your consent. You also have the option to opt-out of these cookies. But opting out of some of these cookies may affect your browsing experience.
Necessary Always Enabled
Necessary cookies are absolutely essential for the website to function properly. This category only includes cookies that ensures basic functionalities and security features of the website. These cookies do not store any personal information.
Non-necessary
Any cookies that may not be particularly necessary for the website to function and is used specifically to collect user personal data via analytics, ads, other embedded contents are termed as non-necessary cookies. It is mandatory to procure user consent prior to running these cookies on your website.
SAVE & ACCEPT